Ilorin-based lady identified as Marta has volunteered to donate her kidney to the ailing daughter of former deputy Senate President, Ike Ekweremadu. She said she saw it in her dream that she needs to help the sick child of the politician.

Recall that few days ago, Ekweremadu and his wife, Beatrice were arrested and arraigned before a UK magistrate court for allegedly bringing in a 15-year-old boy into the UK for a procedure where his kidney was to be harvested and transplanted to their daughter who has a kidney disease.

SEE ALSO  “You Are Ruined, If You Are A Fan Of Tonto Dikeh” – Kemi Olunloyo Lambastes Tonto’s Followers 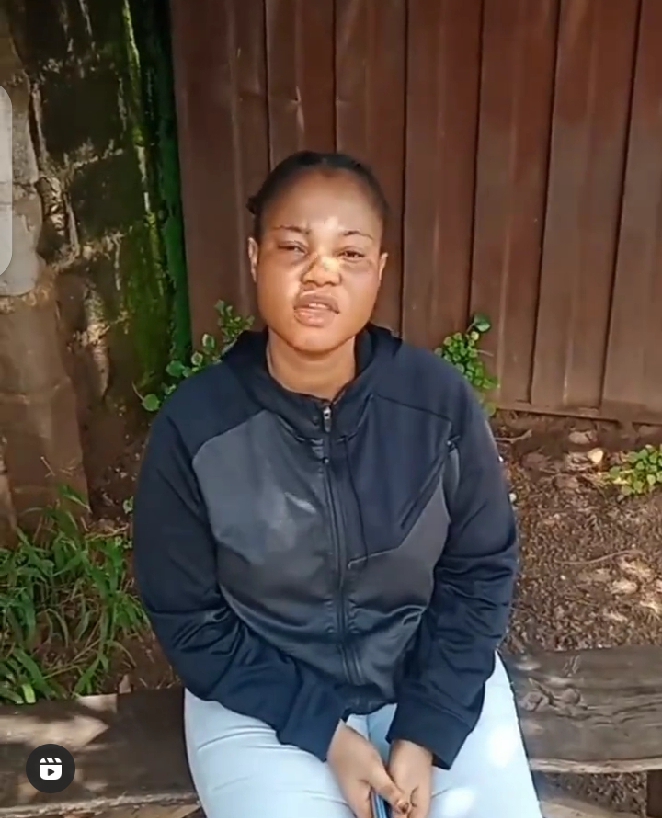 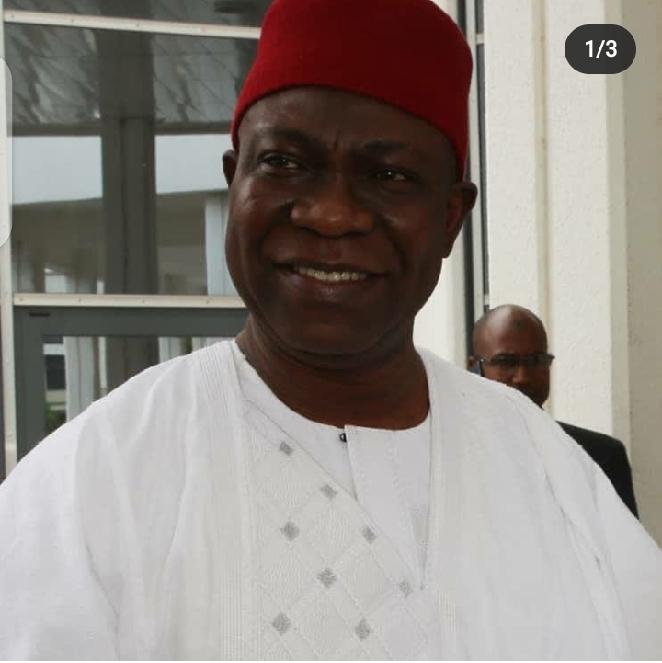 According to the prosecutors, a red-flag was raised after the passport of the donor claimed that he was 21 but at the hospital, he told the doctors just before the procedure that he was 15. The procedure was stopped since he was a minor and was asked to go home. He found his way to the police station where he alleged that he was being treated as a “slave”.

Journalist, Ibitoye Shittu, who met and interviewed the lady wrote, ” So I met a lady (Marta) today in Ilorin who says she’s ready to donate her kidney for the daughter of Ike Ekweremadu. She said she saw it in a dream that she should help the girl.

Let’s help her locate Ekweremadu’s family. Reach me if you need her contact. 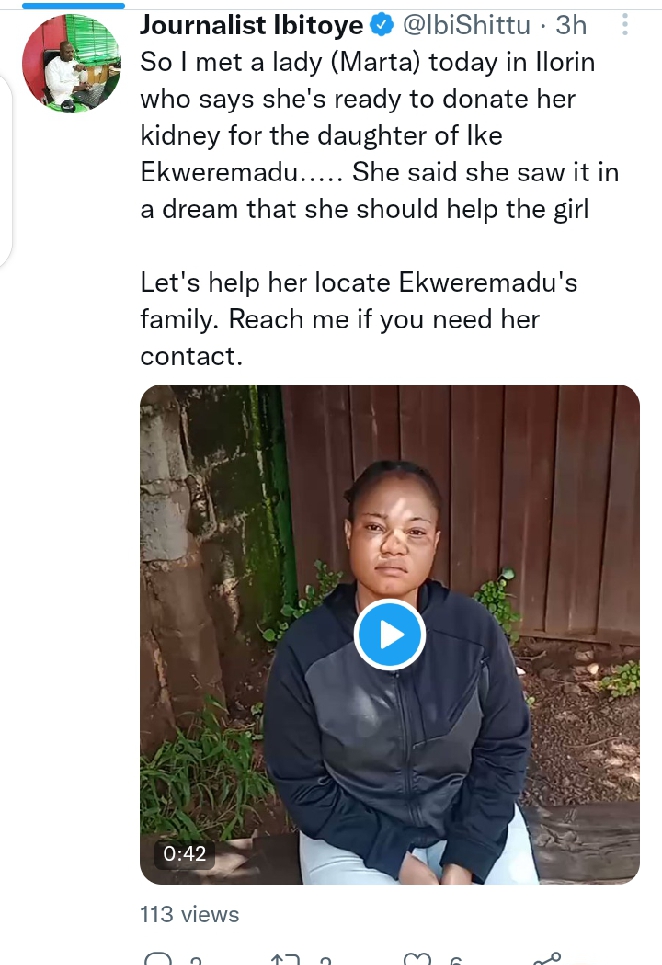