Talented Nollywood actress, Jaiye Kuti has congratulated Muyideen Oladapo also known as Lala in the movies as his son graduated from college in Dublin, Ireland. She took to her social media handle to share lovely pictures of him and his cute son in graduation gown with his colleagues. His lovely fans have also sent their congratulatory messages to him. 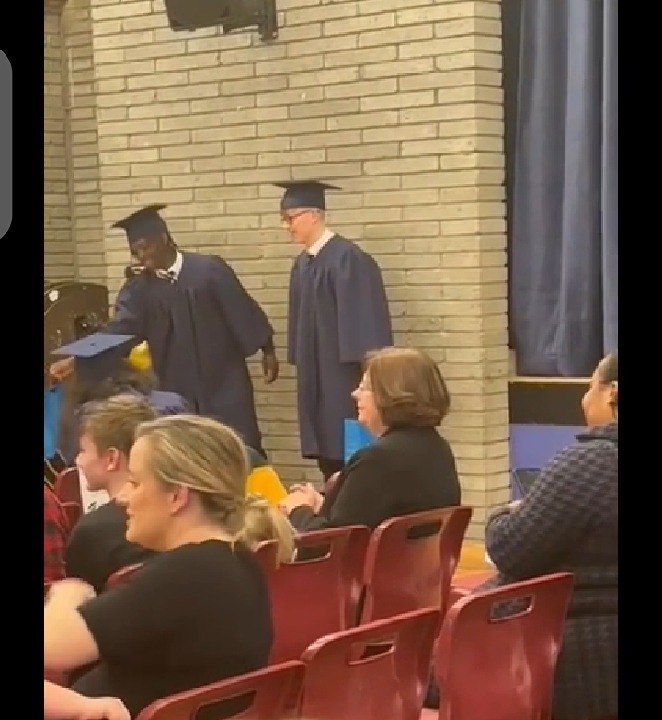 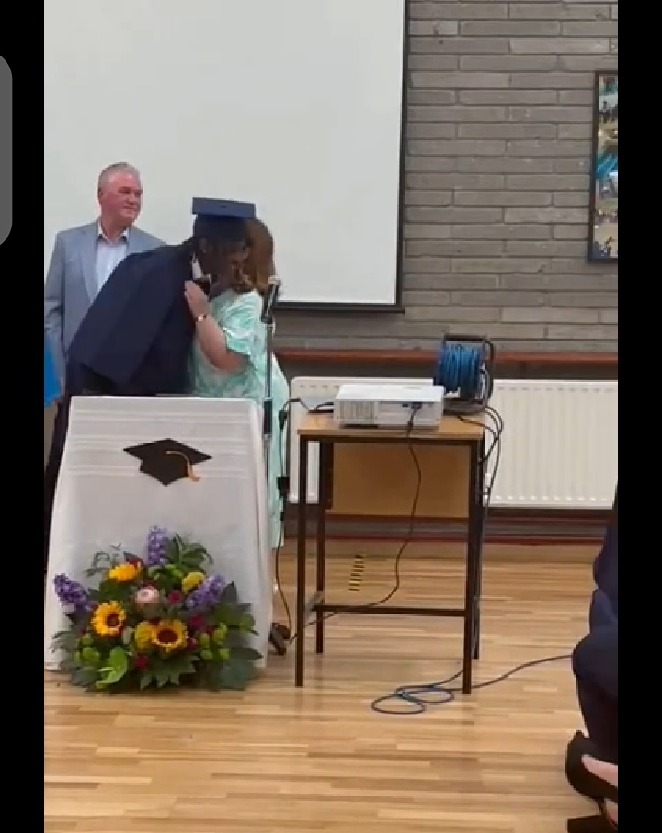 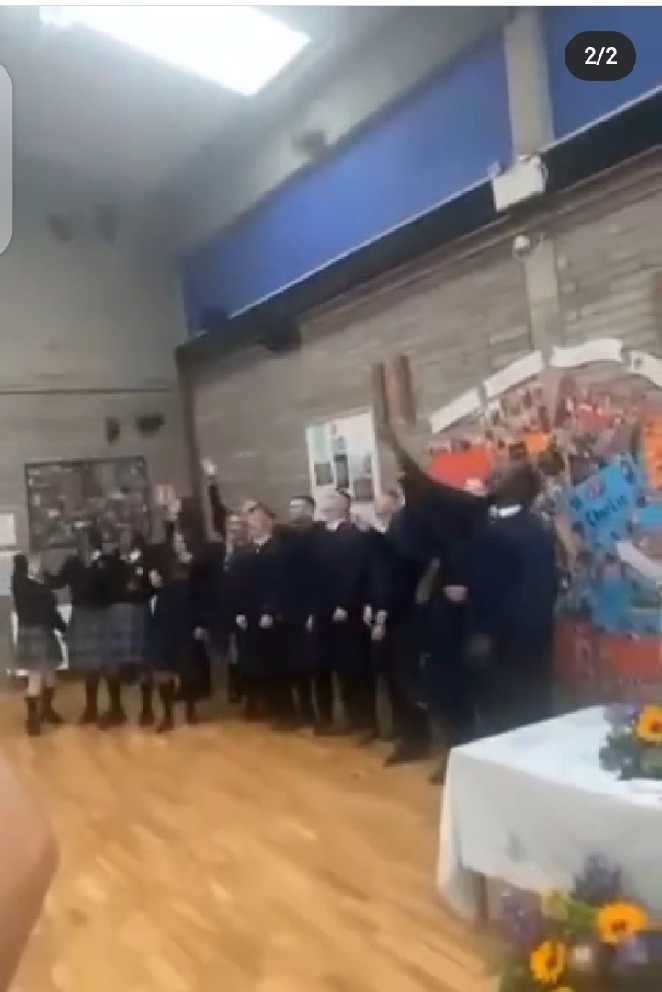 Muyideen Oladapo popularly known as Lala, is a top notch Nollywood actor and versatile director, who has featured in several Yoruba movies in Nigeria. He is film maker, producer, father, husband, brand ambassador, and brand influencer with about 177,000 Instagram followers. He hails from Osogbo, Osun State, Nigeria. His acting career began professionally about 31 years ago and since then, has carved a niche for himself in the movie industry due to his action roles and unique way at delivery of roles.

He has acted alongside many top actors such as Muyiwa Ademola, Odunlade Adekola, Ibrahim Chatta, Femi Adebayo, Toyin Abraham, Funke Akindele, Fathia Williams, and many more. He earned the nickname “Lala” after featuring in Funke Akindele’s movie titled “Ekuro”. It was this movie that brought him into limelight and he has produced several movies to his credit.

A very big congratulations to his cute son. 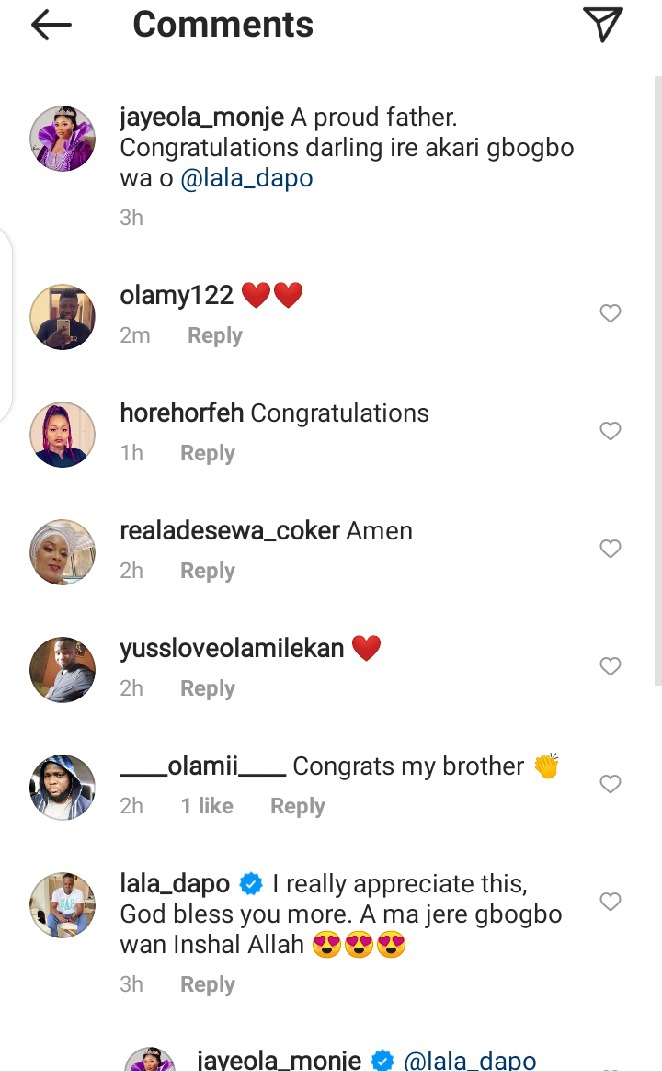 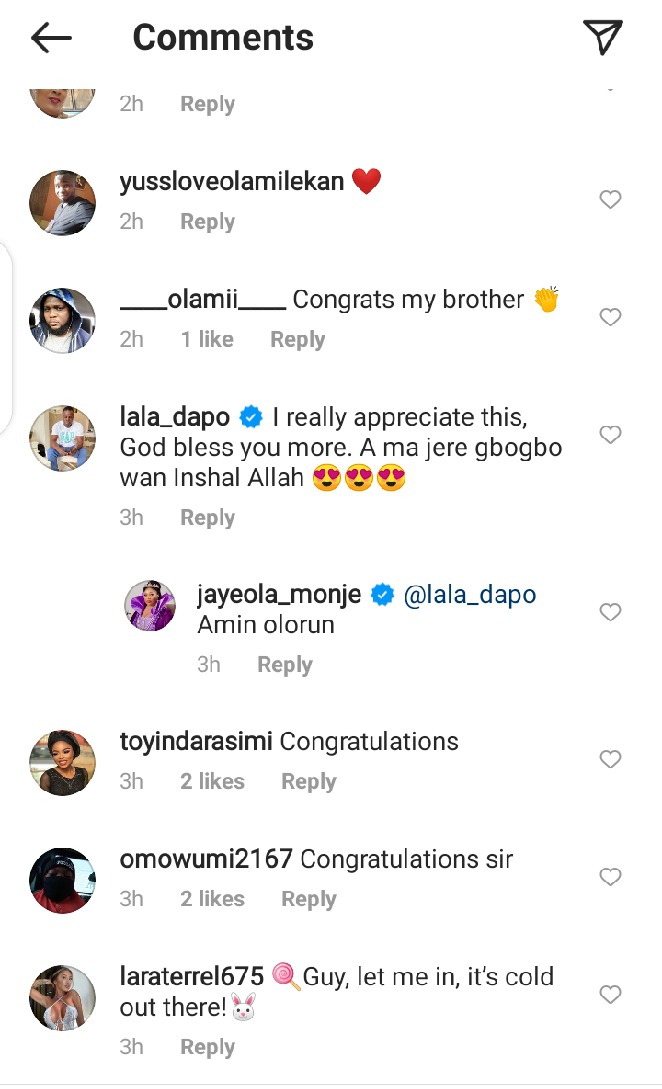