Akwa Ibom Boy, Hope, Reunites With His Father Six Years After His Family Rejected And Branded Him A Witch (Photos)

Anja Ringgren Lovén, a Danish aid worker, was photographed on January 30, 2016, giving water to a severely malnourished 2-year-old boy whom she rescued after his family branded him a witch and left him to starve to death in Akwa Ibom, according to IGBERETV.

The boy had wandered the streets for months when Anja got a phone call and immediately led a rescue team including her husband David Emmanuel Umem, to bring the child to the Children’s Education and Development Foundation (ACAEDF) aka “Land of Hope”

The aid worker said Hope’s parents are divorced, however, she didn’t reveal circumstances that led to the boy being branded a witch and abandoned.

For more than 6 years of searching we have finally found Hope´s father !!! A few days ago Land of Hope Director of Child Development Nsidibe Orok and I took Hope on home visit.

We want the villagers to witness Hope´s amazing transformation The last time we took Hope back to his village was in 2018 where we held a conference about superstition in the city hall for the entire community.

This time Hope was excited to be back because he understands more and much to our surprise we suddenly stood face to face with his uncle, the brother to his mother !! In 2016 when we rescued Hope, the uncle was working in another state so he was not around. He also told us that Hope´s father was back in the village after being away for years. Suddenly we were on our way to Hopes father´s house. It was very surreal.

SEE ALSO  Tanko Muhammad Resigns As CJN, Olukayode Ariwoola To Be Sworn In

The uncle told us that Hope looked a lot like his father and it was true. The resemblance was striking. Hope´s parents are divorced. Due to safety reasons and legality I cannot go into details. But I will say this, Hope´s father was very surprised to see his son again. And Hope just kept staring at him.

David Jr. was there too. He was so caring and with hand signs he kept telling Hope that everything was fine. When we came back to the Land of Hope, Hope took my phone and was so excited to show the children the pictures of him and his father.

Exactly like all the other children do when they come back from home visit. Hope is not going to live with his father or mother for many reasons. But no matter what has happened in the past, children need to know their roots.

Children need to know where they come from because it helps shape their identity. Hope has the right to have an identity. Having an identity is a fundamental human right. For Hope to know more about his cultural background and where he comes from will help him to develop a strong sense of who he really is.

For Hope to know where he comes from does not mean that he will ever forget what happened, on the contrary, it will set him free and take him to a more powerful place in his life.

More Photos of Boy, Hope His Family Rejected And Branded Him A Witch (Photos) 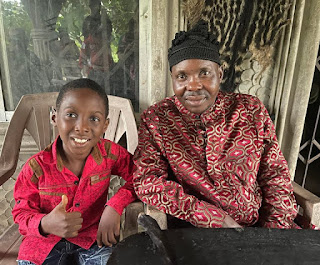 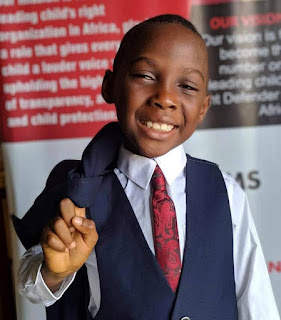 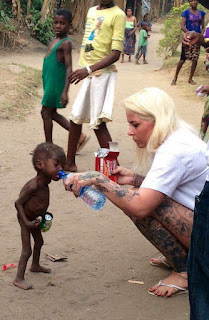 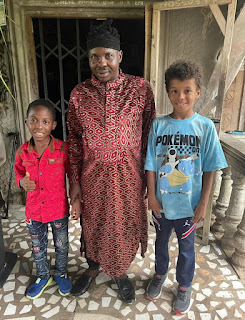