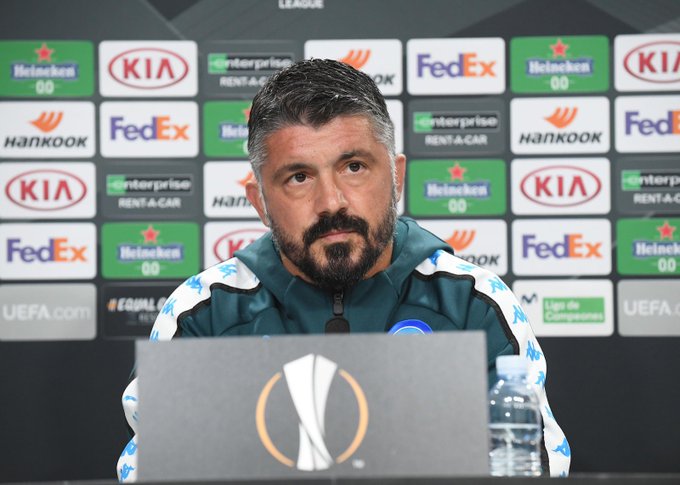 In spite of their catalog of losses, furious Aurelio De Laurentiis is not thinking about disengaging Napoli manager, Gennaro Gattuso.

The Partenopei have lost three of their last five Serie A games. The last defeat came in an away clash against Atalanta on Sunday.

According to Il Mattino, President Aurelio De Laurentiis was furious after the game and immediately called his son Edoardo and Napoli’s sporting director Cristiano Giuntoli to vent his frustration.

According to the report, however, Gattuso’s job is not at risk as the Napoli President has trust in him.

De Laurentiis reportedly spoke to Napoli players on Monday to confirm the coach won’t be sacked.

Previous reports in Italy had claimed De Laurentiis was ready to sack Gattuso and had offered the job to former Napoli coaches Rafa Benitez and Maurizio Sarri.

Napoli ordered press silence after their defeat in Bergamo and according to the report of Il Mattino, it could last until the end of the season.