So obsessed, love this woman so much.

The woman who gave me wings to fly.

The woman who supported my every decision.

The woman who sacrificed everything.

Thank you would never be enough mummy.

I love and gat you forever bestie.

SEE ALSO  “They are Diamonds not Gems..” – The Moment Burna Boy Corrected An English Interviewer

Adebimpe Oyebade Adedimeji is a Nollywood actress, producer, film maker, wife, model, and brand ambassador. She has about 1,900,000 followers on her Instagram page. She is also the CEO of Ade fits. She is one of the most popular and talented actress. She has featured in several Yoruba movies, and as well produced a number of moves of her own. She is no doubt a force to reckon with in the industry.

Her lovely fans, friends, family, and colleagues have sent their lovely emojis and birthday wishes to her. 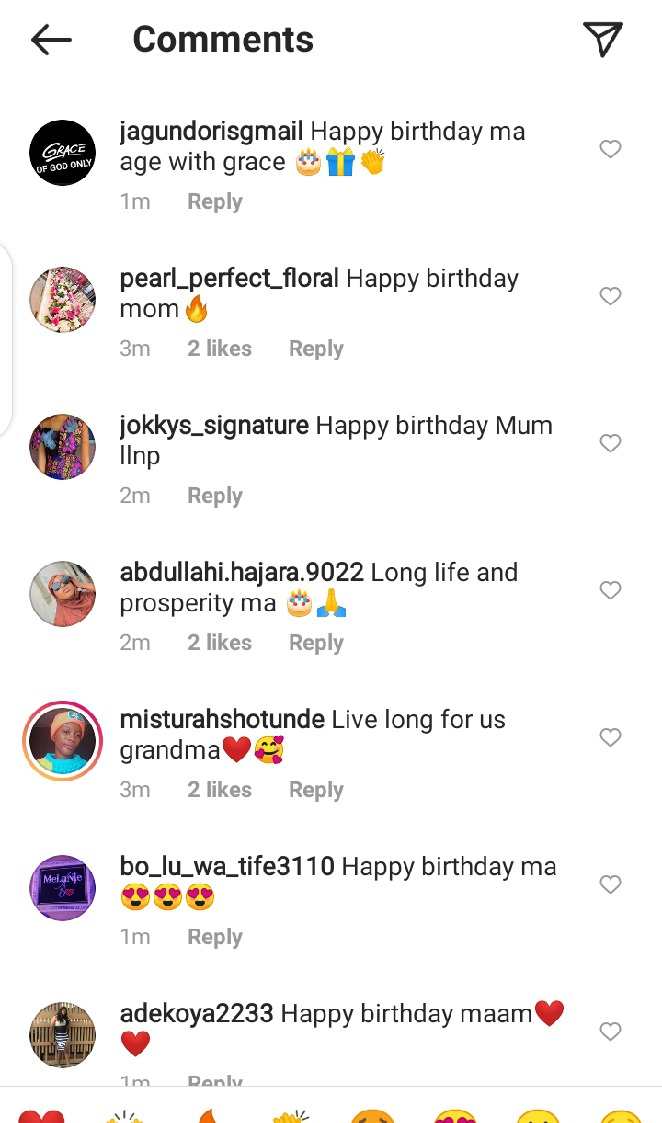