Black Avenue Muzik vocalist, Sefa Gh has disclosed how she got her popular song “e-choke” and the motivation behind the song.

One of the most popular songs in the music ranks in and outside Ghana is Sefa’s hit song “E-Choke”. The song has become a household song where most adults and children have been seen enjoying themselves. The song can be heard at series of events and at clubs.

READ ALSO: Moesha Didn’t Sell Her Wealth For The Church, She Gave Them To The Poor – Pastor PA Speaks

In an interview on Okay FM, Sefa was asked if she’s the originator of the term “E choke”. She replied that she first heard the word from Stonebowy’s song featuring Davido called “Activate”. She disclosed that she wrote the song “E-choke” out of the song Stonebwoy and Davido sang together.

E Choke is one of the popular slangs by popular artist Davido. Davido can now be described as the King of Slangs in Nigeria as most slang used on social media was created by him. Some slangs that became popular were Tule jor, who dey breet and E choke.

READ ALSO: I Have Not Defrauded Anyone, If You Have Proof Bring It Out – Nana Agradaa Dares

It became a common household name of most Nigerians and even some Ghanaians. The new slang Davido has introduced is “Bombardier”. The meaning is yet to be known. E choke has now turned into a popular household name because of Sefa’s song “E Choke”. 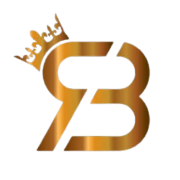 Ondo, Ebonyi, others have zero regard for town planning – NITP President, Ayinde